Ledyard Financial Group is parent to Ledyard National Bank, a $770 million asset bank which was formed in 1991 and is headquartered in Hanover NH.  The Company has a market leading wealth management and trust business through Ledyard Financial Advisors, with approximately $1.9 billion in wealth assets, which generated gross revenue of $13.2 million for the Company in 2021.  Ledyard is a strong performer with an average ROA and ROE of 0.98% and 10.55%, respectively, over the last ten years.  Fourth quarter 2021 represented the eighth consecutive quarter and fourth consecutive year of record earnings.

With seven banking locations and three financial advisor locations in New Hampshire and Eastern Vermont, Ledyard has recently expanded into Concord NH, and through the hiring of additional seasoned professionals sees potential for additional organic growth and market expansion.  The Company sought to raise subordinated debt in a favorable interest rate environment to provide the regulatory capital necessary to take advantage of growth opportunities in both its wealth and traditional community banking businesses.

Ledyard closed an offering of $18 million of subordinated notes on March 29, 2022, which have a ten-year maturity and five year no-call feature.  The notes have a coupon rate of 4.00% for the first five years, and a floating rate of 200 basis points over 90-day average SOFR for the second five years.  The offering was completed against a volatile and uncertain fixed income market and economic environment.  The successfully raised low-cost capital will allow Ledyard to fund continued organic growth and market expansion in accordance with its business plan. 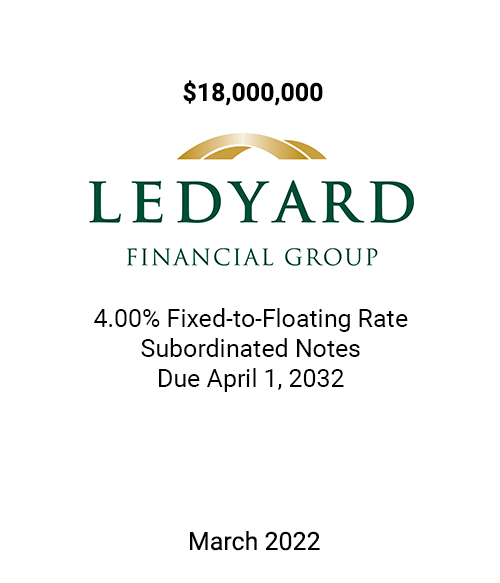 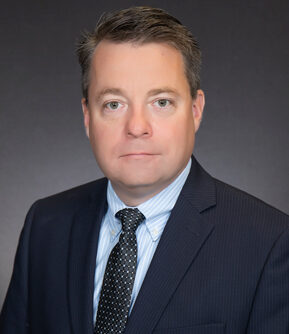 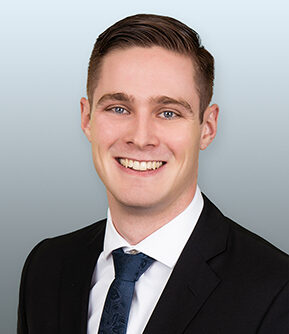