Company Overview
Conard-Pyle is a century-old plant development company that brought the Knock Out® family of roses to market. The company specializes in the genetics and sales of proprietary roses, perennials and woody plants, and is headquartered in West Grove, PA. The company’s Star® Roses and Plants brand can be found in garden centers and retail stores across the country. The Knock Out® family of roses is widely considered to be the most commercially successful group of roses ever introduced, with more than 100 million units sold worldwide.

Situation
The company’s President, CEO, and primary shareholder, Steven Hutton, represents the third generation of his family to own Conard-Pyle. The company also had long-standing minority shareholders based in France, who own a separate plant breeding company. Mr. Hutton, in planning for succession, didn’t have a fourth generation within the Hutton family to succeed him, nor did the French shareholders wish to operate the business from overseas. Given this situation, a sale of Conard-Pyle appeared to be the best solution, although the company’s shareholders were very concerned that a new owner continue to develop the company while maintaining its unique culture and reputation.

Solution
Griffin Financial Group was engaged by Conard-Pyle to sell the company. After considering the shareholders’ goals and conducting extensive research on the company and its industry, Griffin determined that such a unique company had great value within its industry, and would therefore be best served via a sale to a strategic buyer. Griffin managed a competitive sale process with a few select companies within Conard-Pyle’s industry, which produced multiple purchase offers.

Ultimately, Conard-Pyle selected Ball Horticultural Company, an internationally renowned breeder, producer and wholesale distributor of ornamental plants based in West Chicago, IL. Ball, also a family-owned business for more than a century, intends for Conard-Pyle to operate as a division of Ball, retaining Conard-Pyle’s staff, name and facilities. Ball plans to combine its Ball Ornamentals division’s strength in woody ornamentals with Conard-Pyle’s market-leading position in roses. 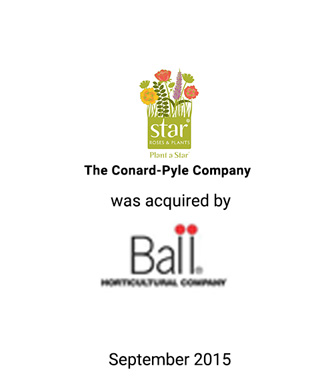 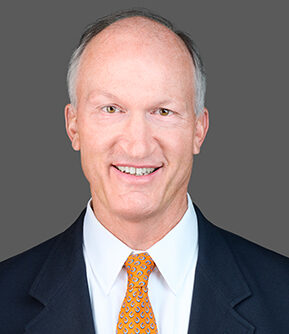