Griffin Financial Group provided financial advice to Harleysville Mutual and delivered a fairness opinion to its board of directors.

Harleysville Mutual is one of a handful of companies structured as a mutual with a downstream public company that is majority owned by the mutual parent. This structure permitted Harleysville Mutual to maximize value for two constituencies. The mutual members of Harleysville Mutual will become members of Nationwide Mutual, an A+ rated company with impressive balance sheet strength, as well as an ongoing commitment to mutuality. The public shareholders of Harleysville Group received a price equal to 2.1 times book value, representing a 90% premium to the market price of Harleysville stock, which is the largest premium to market in any public insurance acquisition transaction announced this year. Both shareholders and policyholders are clear winners in this transaction.

Griffin Financial Group, with its focus on advising mutual insurance companies regarding their strategic and capital alternatives, was uniquely suited to assist Harleysville Mutual with this transaction and we are pleased to have advised on this combination. 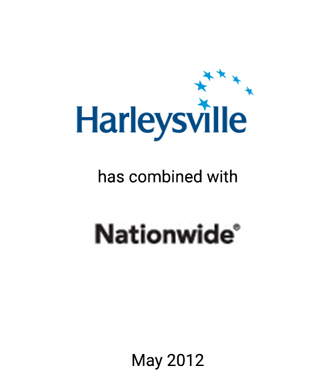