Mr. Renenger and Mr. Russell presented “Proposed Tax Law Changes Under the New Administration and Their Impact on Shareholder Liquidity, Mergers & Acquisitions, ESOPs and other Business Transition Strategies,” in which they addressed how potential tax changes under the new administration may impact the ability of shareholders to achieve tax-efficient liquidity. Mr. Renenger and Mr. Russell specifically focused on how these potential changes may impact mergers and acquisitions, business succession and transition strategies, ESOPs, estate planning and dividend recaps.

Mark B. Russell works extensively with business owners, evaluating their business and personal situations and assisting them in preparing for succession of or exit from their businesses. To accomplish this, he takes business owners through a process designed to help them identify their goals and objectives, then performs an exhaustive analysis of various alternatives (including management buyouts, ESOPs, recapitalizations, and minority or majority sales of the business) to ensure business owners have the information necessary to decide the best path to achieve their goals.

Edward C. Renenger assists companies in navigating the complexities of employee stock ownership plans (ESOPs). He advises business owners on how to sell their companies to its employees through an ESOP, and advises on other ESOP-related transactions, including situations where ESOP-owned companies sell to outside buyers when they have determined that exiting the ESOP structure is appropriate for shareholders. 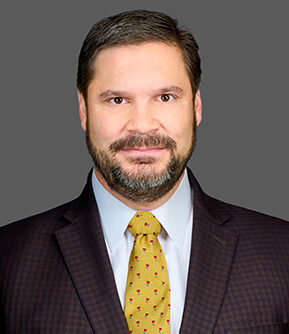