Mr. Gosser co-presented “Advice and Counsel for First-Time Acquirers.” This session highlighted what boards and CEOs need to know about doing a deal. Specifically, steps in the deal process as well as legal and regulatory considerations were discussed.

Mr. Gosser brings more than 30 years of community banking experience to bear in assisting clients to capitalize on their strategic growth objectives. He has advised boards, ALCO and executive teams for hundreds of community banks resulting in improved balance sheets and increased earnings.

Prior to joining Griffin, Mr. Gosser served as Senior Vice President of Capital Markets and SBA Sales for TIB-The Independent Bankers Bank, where he advised bank presidents, CFOs, ALCOs and bank boards on fixed income securities, interest rate risk and hedging and mergers and acquisitions, as well as strategies to generate income and reduce risk. He also served as a Managing Director and Director of Sales for Shay Financial Services where he worked with numerous banks on strategies to leverage capital and improve their balance sheets and net interest margins, and as a Vice President of Federal Home Loan Bank of Dallas and One National Bank, where he began his banking career. 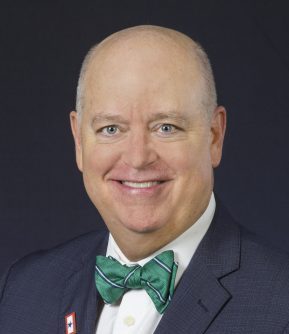